The 2019 Mocktail will be following the same protocol for the Mix Off. We will have four Mixologists representing the 4 local Red Robin restaurants, Tilghman Street, Airport Road, Promenade, and Northampton Crossings. The Mocktail has become one the tournament’s signature events, reinforcing the mission statement to “educate the public on the dangers of under-age drinking and on drunk driving”. Red Robin has been an active partner in the Mocktail for 9 years they are much appreciated.

This is the twelfth year for the Mocktail Event. Red Robin® has remained supportive of our effort to deliver a message of “Do not Drink and Drive” by offering tasty alternatives to alcoholic drinks.

This year we will be involving the total group, come to the tent get a ticket and vote on your favorite.

Here are the four restaurants competing again this year, along with the five judges they will have to impress: 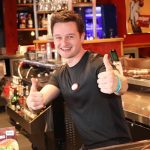 Northampton Crossings Red Robin (2018 Winner) – Trey Atkins Combs
Trey has been a Mixo for 2 years, now, at Northampton Crossings. He likes to go by his nickname “Big Money”. After last year’s Red Robin Mix-off event, Trey felt the “Jedi Force” within him and has returned to reclaim the top spot.
Drink Name: The Return ofBig Money 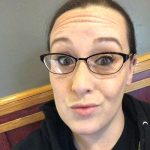 Tilghman Square – Alexandra ” Allie”  Guth
Allie worked at Tilghman Square for a year and a half. When she’s not bartending or serving, you can find her at any live music event. She collects macabre oddities and has a passion for body art. Her husband, kids and cat, Linus, are the absolute best part of her every day.
Drink Name: Tangerine Sunset 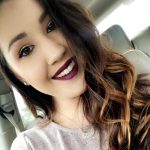 Airport Road – Missy Groller
Missy is going to school to be a substance abuse counselor. She enjoys helping everyone out and takes pride in all of her work. She is the In-Store Training Coordinator for Airport Road, who oversees the hourly team member training at her home restaurant, and has helped to revamp the whole training program to take us all the way to the top!
Drink Name: Relaxade Lemonade 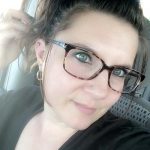 Quakertown – Colleen Nevells
Colleen has been a part of the Red Robin team for almost 12 years! She’s an honest, hard-working and fun team member who is part of the foundation that makes the Quakertown team so successful. She will be starting her shift supervisor training this summer.
Drink Name: Chocolate Cherry Fizzz 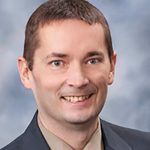 Kurt Landes, President & General Manager of the Lehigh Valley IronPigs, has worked in professional baseball for 26 years. During such time, his teams have consistently been awarded for their community philanthropy, unique promotions, attendance and overall success. Kurt was named the International League Executive of the Year in 2009 and 2010, becoming just the fifth person ever to be named to the honor in consecutive years, dating back to the award’s founding in 1964. An extremely active member of the Lehigh Valley community, Kurt can be seen at dozens of local events each year and though his culinary expertise is usually limited to bacon or other pork products, he’s excited about this year’s “mocktail” competition nonetheless! 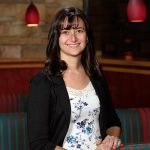 Patricia is the Director of Marketing of Lehigh Valley Restaurant Group (LVRG), the Red Robin franchise in PA. A self-proclaimed ” corporate cheerleader,” she tries to bring bottomless creativity, fun, and unwavering enthusiasm to the restaurant industry. Patricia leads LVRG’s involvement with charities, non-profits and a large network of community partnerships throughout PA. In 2018 she was a recipient of the Forty Under 40 Award from Lehigh Valley Business and on Halloween this year, she will celebrate 14 years with the company. But what she’s most proud of is being a part of the annual Justin Sheftel Memorial Softball Tournament, attending the Red Robin annual Mocktail Mix-off since it started 11 years ago. 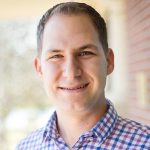 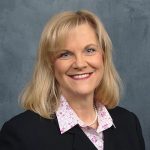 Debby Keba is the Executive Director of Marketing for Service Electric Cable TV &amp; Communications. Prior to her current position, Debby worked for 16 years at The Morning Call in various positions within the Advertising Department. As the director of The Morning Call’s community service project, “A Change of Heart” she worked to raise awareness about heart disease in our area. Debby has served on the board of the Executive Women’s Council and was one of the first women to join the LV Sertoma Club. She currently sits on the board of The Cay Galgon Life House, which provides housing, counseling and education to homeless moms and babies. She is active in her church and as an emergency substitute teacher in Northwestern Lehigh SchoolDistrict. Debby resides in Orefield with her husband Bill and teenage son, Bryce. They also have three adult children, Logan, Marlo and Dalton. 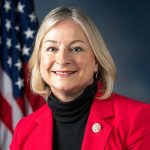 Congresswoman Susan Wild has been a member of the Lehigh Valley community for more than 30 years. Her two adult children were born and raised in the Valley, where they attended public schools. Susan built a successful legal practice while raising her two children and became the first woman to be appointed as Allentown City Solicitor. In November 2018, Congresswoman Wild was elected as the first woman to represent Pennsylvania’s 7 th Congressional District in the U.S. House of Representatives. Rep. Wild has been appointed to the House Education and Labor Committee, the House Ethics Committee, and the House Foreign Affairs Committee. She is committed to fighting for quality, affordable health care for all, an economy that benefits every member of our community, and reforming our political system to return government to the American people.