To celebrate Justin by providing athletic and educational opportunities for underserved youth in the greater Lehigh Valley.

Some Background:  Last year we started a Memorial Fund Board, with the intent to manage the fund, define and determine our future. There are fourteen board members, made up of sponsors, volunteers, and friends of Justin. The last months of 2018 our focus was to build infrastructure and establish a strategy. The board working with a facilitator developed our mission statement, and defined key objectives for 2018. Developing the mission enabled the board to focus on “who we are” and “what do we do”.   Four committees were also formed, governance, finance, event planning and marketing. Early in 2020 we met again for a training session, defined our values, and also our direction going forward. We have added additional events, Ladies Night and a Golf Outing, all to support our efforts.

Another key outcome was  a general understanding there was a need to tell our story so we could reach a wider audience, who does not know the history of the fund or the tournament.  Here is our story: 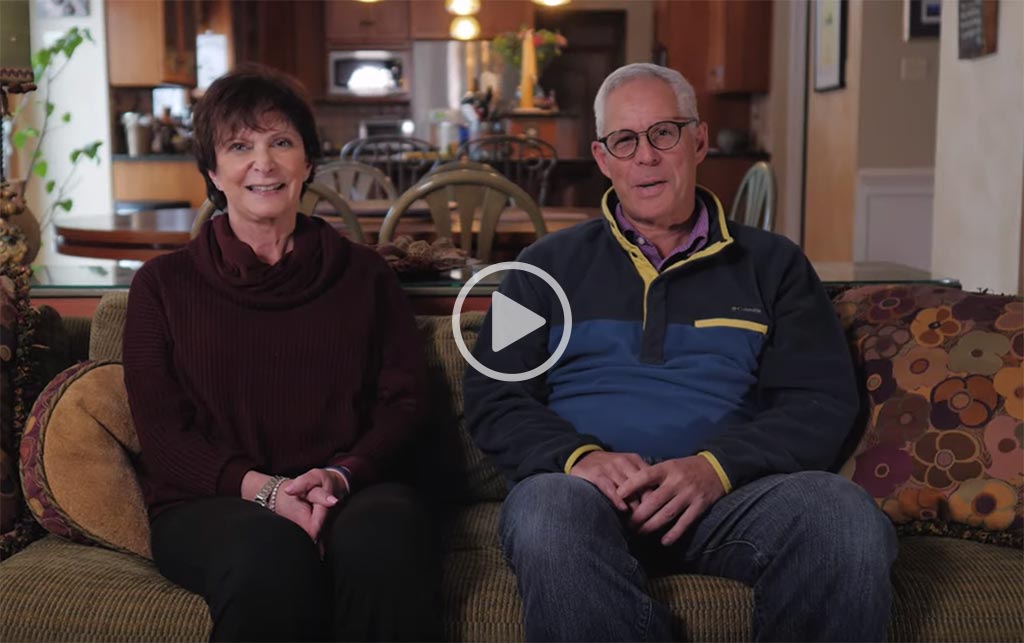 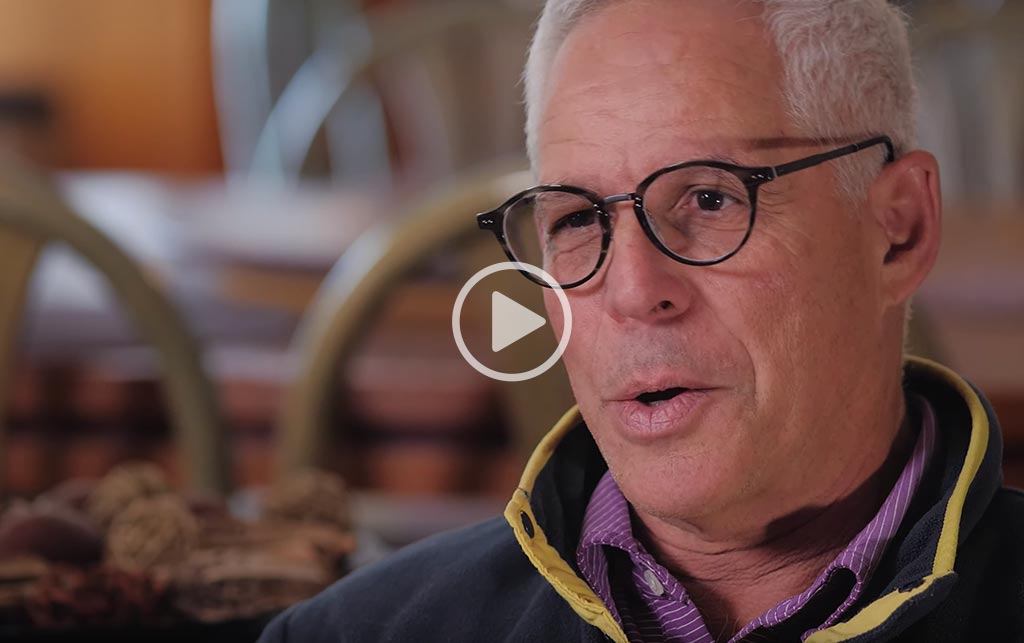 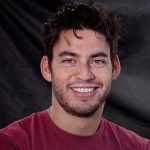 Ian Finestein is the owner of AR Strength, CrossFit Gym and Personal Training in Allentown. He started AR Strength in 2010.  What started as a studio for Personal Training, evolved into a complete functional fitness gym, offering CrossFit, Weightlifting, Gymnastics, and Youth fitness classes.  Like the Sheftel Memorial Fund, AR Strength’s primary focus is community. Making connections, building trust, and providing opportunities is what makes this great community flourish. Ian has been involved in the Sheftel tournament since 2006, as part of the Green Hills team.  The whole team grew up with Justin, which makes the tournament that much more special. No matter the circumstances, we all make every effort to be a part of this day every year.  I have planted my roots here in the Lehigh Valley. As a lifetime local, it is my honor to be on the board of the Justin Sheftel Memorial Fund. I hope to play a much more active role in building our community, and leading today’s youth into the best possible future. 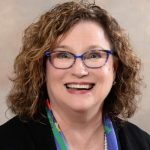 Elsbeth Haymon is a newer member of the Board.  She is committed to the mission of the Justin Sheftel Memorial Fund – keeping Justin’s memory alive and providing athletic and scholastic programs for disadvantaged youth.  She has worked in development and marketing for several non-profits in the Lehigh Valley and is currently the Program Manager for the Collective Impact Fellowship at the Rider-Pool Foundation.  She currently also serves on the Board of Community Services for Children/The Head Start Program and on the Allentown School District Foundation. She lives in Allentown with her husband, Steve and has a son, Sam, who lives in New York City.

Josh Hermann is a 2005 Parkland graduate and has been a vital piece of this since inception.  He was friends with Justin from a young age and really admired all of his positive characteristics and attributes.  He is adamant against drinking and driving and believes this is a key piece to the foundation and tournament. As a self-employed entrepreneur who currently lives in Denver, the annual Justin Sheftel Memorial Softball Tournament is his favorite weekend of the year. 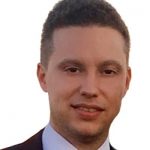 Adam Jaindl  has served on the board for The Justin Sheftel Foundation since the very beginning to help support the local community and to honor a friend whose life was taken much too soon. Adam is a graduate of Parkland High School and DeSales University. He is a part of the fourth generation of Jaindls currently working at The Jaindl Companies where he is Vice President of Jaindl Land Company and is also involved in the family farm. He also serves on other non-profit boards including the March of Dimes Lehigh Valley Commercial and Industrial Real Estate Awards Committee. Other charities and organizations Adam has done work with include The Miracle League of the Lehigh Valley, The Wounded Warriors Project and the Women’s 5K Classic supporting breast cancer research. He resides in Allentown where he enjoys spending time with his girlfriend, family and friends. 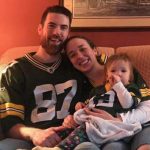 Mike Lackman is the first baseman for Team Green Hills, one of the original four teams who played in the first tournament. A high school friend of Justin’s and lifelong Yankees fan, Mike fondley remembers partaking in the Yankee/Red Sox rivalry with Justin. He is married to his wife, Kirsten, and they are enjoying every moment of raising their daughter, Elaina, who just turned three years old. As a board member, Mike wants to give back as much as he can to the community while honoring the spirit of Justin. 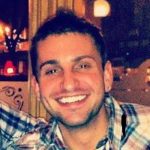 Tyler S. Morrell is a graduate of Parkland High School and Penn State University. Tyler is a Team Leader at Mack Trucks in Macungie. Tyler resides in Coplay. During his free time Tyler enjoys cooking, spending time with his girlfriend, working in his yard, and playing basketball. Tyler was a roommate of Justin’s in OCMD and has been with the Justin Sheftel Memorial Tournament since it’s beginning in 2005. 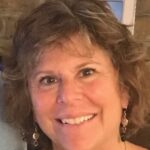 Lynn Schiavone is a “Mom” whose been involved since the first year of the tournament where I simply helped with the snack bar for the players. Then I slowly coordinated the volunteers each year as the tournament grew. Professionally I became a “Volunteer Coordinator” for Lehigh Valley Hospice where I currently coordinate 93 volunteers. I feel my involvement and satisfaction with helping at the Justin Sheftel Memorial Softball Tournament led me to my current job. I have always enjoyed helping with the tournament, meeting all the volunteers, coordinating the raffle sales and just seeing all the smiles from those participating. 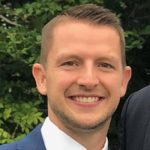 Ryan Schmidt was a friend, teammate, and classmate of Justin’s.  Ryan is a graduate of Parkland High School, Ursinus College (BA), and DeSales University (MBA).  He currently works for the Department of Defense as a Supply Systems Analyst for the Navy. Ryan has been involved in the tournament since its inception in 2005 and is also part our Scholarship Committee. Ryan resides in Philadelphia with his fiancé, and spends the majority of his time with family and friends.” 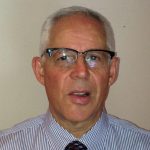 Elliot Sheftel, Justin’s father, serves as the Board Secretary and has worked in private industry for 25 plus years serving as Sales manager for industrial products distributor.  During this time also was active on industry trade association board of directors where he served in the capacity of treasurer for 3 years.  Also worked as an independent sales rep for 4 years selling janitorial products to wholesale distributors throughout Northeast PA.  Now is happily retired and enjoying his passions of family time and golf. 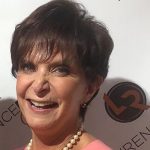 Linda Sheftel is Justin’s Mom and acting Board Director. Linda worked as a consultant for over 20 years, traveling internationally conducting workshops, seminars with large companies working to facilitate developing Sales and Marketing strategies.  Prior to that she worked in sales and sales management. Currently she is semi retired, teaching yoga, board member for the Jewish Community Center, and actively involved with the Softball tournament with the tournament. She enjoys playing tennis, paddle tennis, biking and gardening. 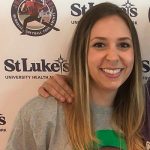 Sasha Sheftel Zubizarreta is Justin’s sister and acting board member.  Some of Sasha’s memories of Justin’s happiest moments are when he was playing or watching baseball. Sasha holds a master’s degree in nutritional sciences and is a practicing Registered dietitian in the Greater Seattle area.  Sasha also will be serving as the treasurer for the Washington Dietetics in Health Care Communities starting this summer. Sasha enjoys many outdoor activities and traveling to new places. She enjoys watching the community come together to remember Justin and seeing how the Memorial Softball Tournament and its impact grows each year. 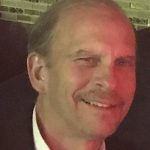 Darryl Shellhamer is a graduate of Parkland High School and resides in the Parkland area along with his wife Susan. Their children Allyson and Bryan are also Parkland alumni. As the owner of SDS Design Associates, a local company serving the collegiate sports market, Darryl has been involved with the tournament since the second year by supplying signs, banners, car magnets and design services in addition to sponsoring a team, The SDS Crew. Though our son Bryan had the original connection with Justin through playing together for Parkland Baseball, the true friendship between us and the Sheftel family has developed out of compassion and the utmost respect. I am truly honored to have the opportunity to serve on the board of such a wonderful organization and to help keep Justin forever in our hearts. 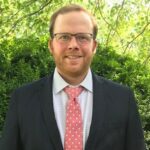 Kyle Zinkler was a friend of Justin’s from an early age. Growing up together they competed on many teams and became close friends. They played together on the Parkland baseball team and graduated together in 2005. He has been involved with the tournament since it began and along with the Seajays were twice champions. Kyle enjoys how the tournament brings the community together to remember Justin.