The 2018 Mocktail will be following the same protocol for the Mix Off. We will have four Mixologists representing the 4 local Red Robin restaurants, Tilghman Street, Airport Road, Promenade, and Northampton Crossings. The Mocktail has become one the tournament’s signature events, reinforcing the mission statement to “educate the public on the dangers of under-age drinking and on drunk driving”. Red Robin has been an active partner in the Mocktail for 9 years they are much appreciated.

This is the eleventh year for the Mocktail Event. Red Robin® has remained supportive of our effort to deliver a message of “Do not Drink and Drive” by offering tasty alternatives to alcoholic drinks.

This year we have the four restaurants competing again.

Northampton Crossings:  Trey Atkins Combs…Trey has been a team member for over a year and has bartended for most of that time as well as a key role in catering. He is brings the fun on every shift with a common nickname of his being “Kitty Cat” and self proclaimed “Big Money”. His drink will reflect his fun and relaxed nature as he has called his drink “Big Money”. 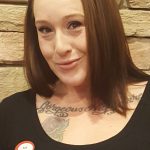 or tending bar she can be found at any number of live music venues with her husband and step-kids, collecting macabre oddities or watching the Travel Channel.